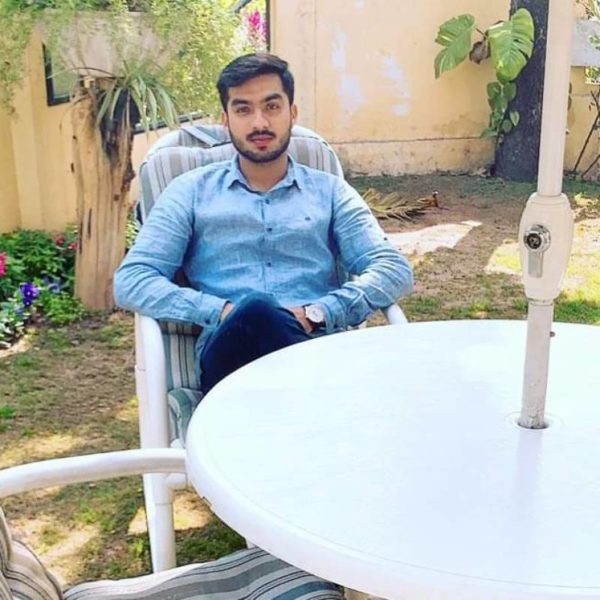 Usman Afzal, a tweenie living in Pakistan is known for his accomplishments. Like many others, he too had a dream – to start a venture that is solemnly his. He is the exception did more than a roadie entrepreneur.

Living a dream life, providing employment to others, and hustling to leave an impact on Pakistan’s economy. Doesn’t it make us wonder about age? Yes, it does. What it takes to make someone go further in life is not about how old he is. It is however about the passion, forbidding stigmas attached to the age, and aspiring the heights.

For some of us, wealth and health are subjective to luck. Other individuals on the other hand are ordained to have what they own today. Primarily because they have worked enough to bring in all the positivity.  Nonetheless, it is with sheer hard work.

Rumi once said, “sell your adeptness and buy bewilderment”. According to him, life is a continuous process of growth; you get what you achieve through a process. The process however is at times dependent on the struggles and obstacles. Eventually, leading towards reaching the peak of destined success.

We have Usman Afzal, a Pakistani young adult in his twenties. He had a similar thought process. To achieve everything that he dreams. With passion, zeal, and zest, he not only achieved massive respect online but also got positive affirmations from the clients.

Usman hails from a humble family in the suburbs of Pakistan. With a well-to-do family structure and understanding of life, he is a teenager who learned more than kids of his age. That compelled him to change the direction. Move on to the road that he crafted. And not on the path which was already made by others.

He, in teenage, when others think about academics and choose a profession; decided to become a digital marketer. With the fire in the belly, something exceptional was decided. Why he opted for something different than others was a frequently asked question.

One day when his parents asked about the change in mind and if he was serious or not, he said, “digital marketing is everything. The worth shall come in front sooner or later. We all shall be using online means to do shopping.” In the start, Usman didn’t make parents understand anything but later, as time changed the outlook of people, they validated the decision.

That was Usman’s first struggle on the road to being a successful entrepreneur. Later, with time, they started supporting him for what he decided was indeed the best call. With increased passion every morning, he started strategizing plans.

Initially, like most entrepreneurs, he too started working in a software house. He was solemn in charge of the digital marketing department. However, prior to that, he was more of a learner, an intern. Everything changed within a couple of weeks instead of months. As we all know probations are mostly for three months, right? But he with passion, determination, hard work, and resilience achieved the position as a confirmed employee within a month.

After he secured the position of a digital marketing executive, he was soon promoted to another level – in charge of the digital marketing department. One after other achievements and promotions made him feel that he can’t grow in the same company anymore. That is when Usman had to decide the next step – starting ventures of his own.

Once he embarked on the journey of working as a businessman, again… everything changed. Now he had to unlearn, learn, and relearn many notions of a successful business. How to execute plans after securing a client? What to do to make clients happy? Is it necessary to be chummy and productive simultaneously? He indeed went from the basics to the advance. All alone. On his own. With nobody at his back.

Usman fell several times but never forgot how to stand up time and again. What he was persistent about? It was just to reach the destination – the defined success point. With every fall, he used to say, “till hell freezes over”, in his mind several times, every day.

Ultimately, success lost the battle and victory cherished this 27-year-old lad, Usman. Now that he is a shining star of the digital world, almost everyone knows his worth. Today, he is aspiring to start a company because there is massive growth in the world he lives in – digital marketing and content writing.

There are many young individuals who are working under his command. Taking shadow of his wings and learning how to fly higher like Usman. He also has an amazing fan following on Instagram (www.instagram.com/mirzamaan143/). People generally follow him to get insights and updates on the achievements, milestones, goals, and aims.

He can be reached at @mirzamaan143.