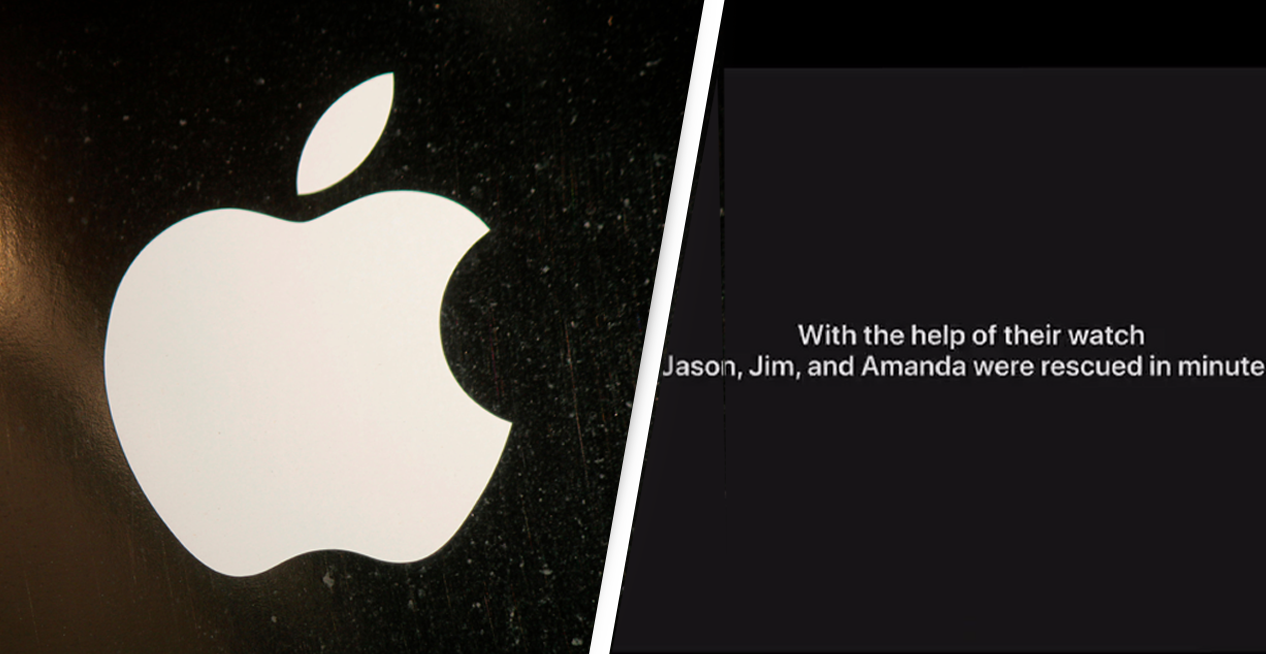 A shocking advert released by Apple has been described by one viewer as ‘probably the darkest bit of marketing I’ve ever heard’.

Apple released its Series 7 watch towards the end of last year, offering customers the opportunity to upgrade to what is described as the company’s ‘biggest and brightest thinking yet’.

As well as having the ability to tell the time, track fitness and look at photos, users can access cellular data to allow them to stay in touch with people even when they don’t have their phone – a feature highlighted by Apple in its advert, which features 911 calls.

Check it out below:

The advert opens with three callers, each of who are telling the emergency services of their situation. One has been in a car accident and has water rushing into the vehicle, another has been blown out to sea while paddleboarding, and a third has broken their leg in a fall.

The distressing calls play out throughout the advert, featuring the responses from the various 911 operators and making clear the panic felt by the callers as they wait to be rescued.

During the ad, one of the callers explains that they can’t get to their mobile phone and is ‘talking on [their] Apple Watch’.

Thankfully, all three callers were ultimately rescued, with Apple indicating how their watches proved lifesaving, as the caption reads, ‘With the help of their watch, Jim, Jason and Amanda were rescued in minutes.’

Alongside the video on YouTube, the company wrote, ‘These are just three of many incredible stories where people were able to get help using Apple Watch.’

The video was posted online on Saturday, January 1, and quickly received backlash from users who have described it as ‘dark’, and ‘intense and unnecessary’.

New Apple advert is absolutely bizarre. Essentially implies: “no Apple Watch? You could die! Buy one to live!”

Cannot believe that got approved.

One person described having to turn off the ad when they see it, writing, ‘Something about this ad is just horrifying… every time i see it while i’m trying to watch football i just switch the channel, idk what it is it’s just so hard to watch.’

Another critic commented, ‘Preying on people’s fear in this covid era (where fear is at an all time high) to sell your product is crazy to me.’

A third person argued the advert was simply ‘wrong’, adding, ‘Not right of them to do this.’

Comments for the advert have been turned off on YouTube, though this is not uncommon on Apple’s official page.

If you have a story you want to tell, send it to UNILAD via [email protected]